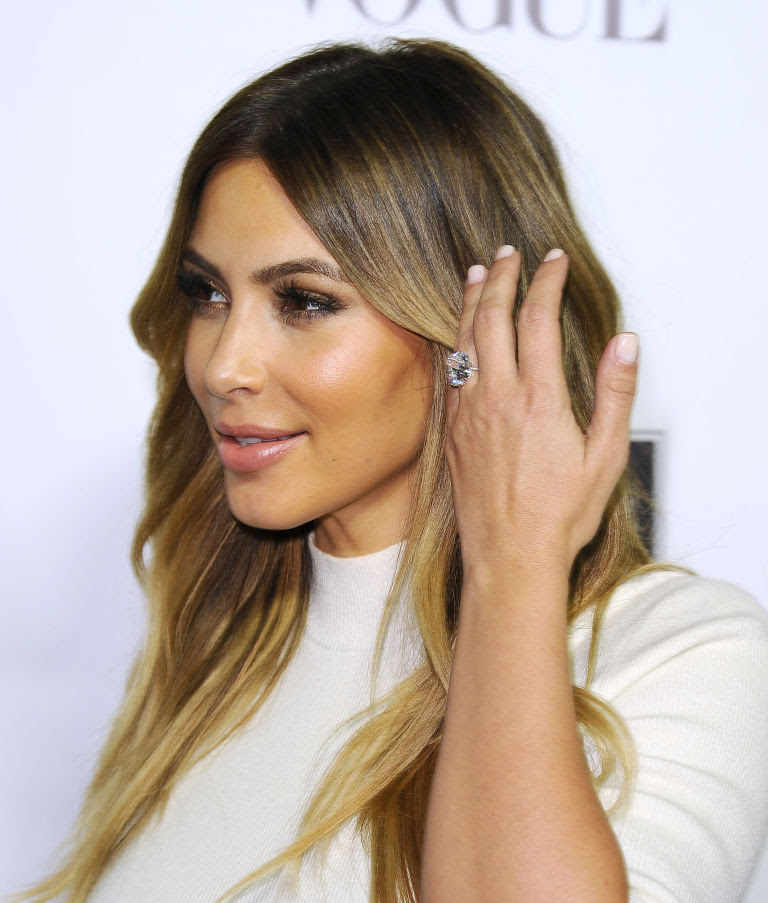 Engagement rings may seem as old as the institution of marriage itself but, not too long ago, other tokens of love served to symbolize the promise to wed.
For example, during the 1800s, some American men gave thimbles; after the wedding, the thimble's tip would be cut off to create a ring, according to Mental Floss. One English custom involved the couple splitting a piece of gold or silver into two pieces, one for each partner to keep, then drinking a glass of wine to formalize the engagement.
We can trace betrothal rings back to 13th-century Rome, when Christians adopted the tradition after Pope Innocent III declared a mandatory waiting period between betrothal and marriage. Their rings were simple bands of iron and, later,  gold. The custom of wearing wedding rings on the left hand supposedly comes from the Greek and Roman belief that a special vein, the "vena amoris," runs directly from the ring finger to the heart.
Diamonds were a later addition. Archduke Maximillian of Austria was the first man on record to present his bride-to-be with a sparkler, in 1477, but shiny rocks didn't become popular for non-aristocracy until a massive marketing push by DeBeers in the 1930s.
According to the Atlantic, De Beers manipulated both supply and demand after massive diamond mines were discovered in South Africa in the late 19th century. "Only by maintaining the fiction that diamonds were scarce and inherently valuable could they protect their investments and buoy diamond prices," writes Uri Friedman. So the company launched a cartel to control all aspects of the diamond industry and hired a New York ad agency to bolster the diamond as status symbol.
In the late 1940s, a copywriter from the N.W. Ayer ad agency wrote the famous slogan, "A Diamond Is Forever," for the brand. The ad campaign encouraged consumers to view diamond rings as family heirlooms. (A forever diamond, the Atlantic notes, is not resold, and therefore, does not "undermine public confidence in the intrinsic value of diamonds.")
So there you have it: If our grandparents hadn't been susceptible to advertising, we could be walking around with thimbles on our fingertips.
From: Dahacker